The Fred W. Steinman Patrons Cup is a junior instructional program for players of all ability levels between the ages of 6 and 18 years old.

This four-week, 90-minute program is held twice a year on Saturdays during the Spring and the Fall. This program was named after the late Fred W. Steinman, the founder of Racquet Club West, who loved working with junior players. The Steinman Patrons Cup regularly features at least 80 participants per session eager to take their game to the next level.

Tennis Central presents the Sean T. Kelleher- State Farm-Consistency Awards to a deserving male and a deserving female participant at the end of each program. The award winners must show the highest level of consistency in regard to on-court work ethic, attitude, and sportsmanship. Winners receive a trophy and a one-hour private lesson with Sean. 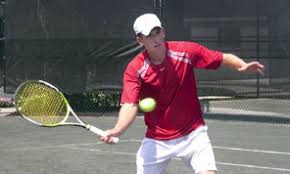 Here is what Sean Kelleher has to say about the program:

“I am the husband to Diana Kelleher of 7 years and father to Kaley and Asher. I first played tennis at the age of 6 at a public park tennis camp at Kirby Park in Wilkes-Barre, Pa. Like most young kids I played a lot of sports like soccer and baseball in addition to tennis. At the age of 12, I decided tennis was my passion and I wanted to become a professional tennis player. Within 2 years I was ranked #1 in the Middle States Section and within 4 years Top 20 in the United States.

The equation is simple but the process of becoming a great tennis player was very hard physically, mentally and emotionally. I had love and commitment from my parents, I had the opportunity to work with some great coaches and travel to some cool places around the United States as well as an athletic scholarship to The College of William and Mary… These opportunities were EARNED… NOT GIVEN. I simply put in more time and effort practicing TO GET BETTER. I was more CONSISTENT than the other guys and I learned over time CONSISTENCY over time creates separation from AVERAGE.

What I have learned from 30+ years of tennis is now helping me grow, develop and GET BETTER in a new professional arena as a State Farm Agent. I intend to EARN my success through CONSISTENT effort and hard work as I look to GET BETTER every day!”


Jeff Kitsock, PTR, Director of the Fred W. Steinman Patrons Cup since 2002, has been a tennis teaching professional for more than 25 years. He has coached tennis at the collegiate level for Penn State University. He is also a writer who has contributed guest columns to “NetPlay” magazine and feature articles to “Tennis Pro, the International Magazine of PTR Tennis Teachers and Coaches.”